Never miss out on the latest innovations. Subscribe to our blog.

This text was retrieved from an article from Package Prtinting, written by Patrick Henry.

Perhaps it’s time to take some of the emphasis off the “short” in “short runs” of packaging and labels.

It’s not that the quantities of many orders aren’t smaller — and in some cases, a lot smaller — than traditional volumes for consumer and industrial applications. They are, and no one doubts that work of this type now accounts for a steadily rising share of the output that printers and converters produce. Nor is there any question that presses of all kinds are getting better at handling these runs cost efficiently.

According to Marco Boer, VP of I.T. Strategies, a consulting firm specializing in digital printing, printers, and converters catering to the mass-produced end of the market can sometimes find short-run output “painful and a necessary evil to sustain the high-volume business.” For non-legacy producers, however, it’s the opposite: “a high-margin opportunity to differentiate from the traditional competitors.”

This doesn’t mean that the two approaches can’t co-exist happily under the same roof. At Deer Park, N.Y.-based DWS Printing Associates, President Tom Staib says long-run offset label work “still pays the bills” as it accounts for 70% of the company’s total label volume. The growth, however, is in flexo and hybrid flexo plus digital — particularly the latter process, which DWS acquired in the form of the MPS EF SYMJET press it installed in March of 2018.

“The digital/hybrid division is less than a year in operation and is picking up steam,” Staib reports. “Digital/hybrid has picked up about 25% of the flexo work that is deemed inefficient small-run work.” He doesn’t foresee the company’s larger orders “drying out” as the new press, nicknamed “Prodigy,” takes DWS into short-run markets beyond the food and beverage verticals in which it specializes.

Staib says DWS Printing Associates usually considers a label run of 10,000 linear feet or less to be short. “However,” he adds, “we may also run larger orders digitally if variable SKUs are involved, or if added embellishments are required, such as cold foil or tactile finishes.” The nature of the artwork and ink coverage requirements are also taken into account. When in doubt, the practice is to estimate jobs both for flexo and for hybrid flexo/digital, choosing whichever process proves more cost-effective.

The MPS EF SYMJET press, consisting of two flexo units before and two flexo units after the Domino print engine, gives DWS three printing options for short and not-so-short runs: flexo only, digital only, and flexo and digital combined. “Prodigy” also is the company’s platform for producing what Staib says are “the world’s first shrink sleeve labels using UV inkjet technology” with the help of a UV inkset developed by Domino.

While the numbers may be fluid, there’s general agreement about the market forces that are driving label and packaging volumes down.

DWS Printing Associates has the digital capability as well as in-line finishing and die-cutting on its MPS hybrid press, but the device isn’t a “pure” digital platform: a choice that was made deliberately.

“We opted for differentiation from the competition when we decided to purchase a digital hybrid press,” Staib explains. “There are quite literally five non-hybrid digital presses, and maybe even more, within a 10-mile radius of our plant, and we did not want to be another me-too.” He doesn’t rule out a future purchase of a non-hybrid digital press, “but the need and demand must be there.”

Variable printing as a valuable adjunct to short-run production

Still, given the proliferation of SKUs everywhere, variable printing can be a valuable adjunct to short-run production. At DWS Printing Associates, says Staib, “we have several clients that run variable versioning. Not variable data per se, but variable SKUs. One beverage account, for example, has five different flavors and nine different versions of each of those flavors.” The Prodigy digital hybrid press consolidates the work by printing the different versions consecutively, in-line on the same roll.

For obvious reasons, including what would be the high cost of making nine sets of plates for each of the five SKUs, “that cannot be done using conventional flexo,” Staib acknowledges.

Experiences like this have taught DWS that the key to producing short-run work profitably entails “proper planning of jobs, running same-stock jobs back to back, thereby minimizing changeovers.” The company is applying what it has learned at its new division, DWS Packaging, which supplies craft brewers and other customers with pre-sleeved metal cans in various sizes. “We are printing the small runs on Prodigy and the larger runs flexo,” Staib says.

To learn more about hybrid printing, download our free whitepaper! 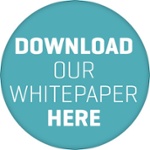 Inge Smolders is Manager Marketing Communications at MPS. She has been working at the Marketing department since 2015, when she first entered the printing industry as a newbie. Inge likes to write about industry news, developments and her own experiences. 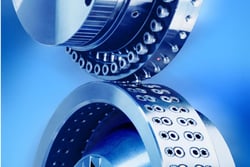 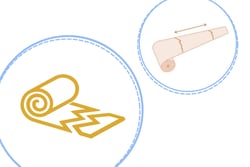 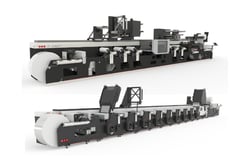 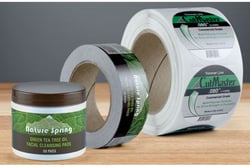 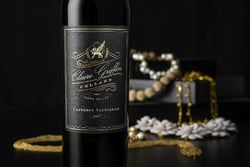